What do the Euroclass and ASTM E84 fire classifications mean?

Euroclass (EN 13501-1) is a standardised testing and classification system used  in the Europe to show the relative resistance to fire of building materials. The European Commission has defined criteria to classify materials from A1 through to F.

The standard consists of up to five separate tests, the results of which are used to assign a certain class to the material. The two most common tests, used to classify materials of class B and below, are described as follows: 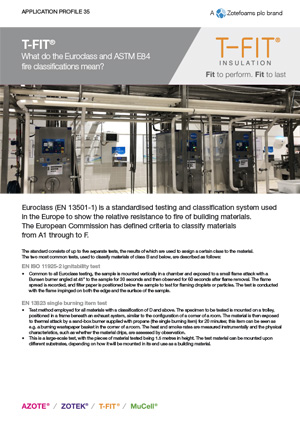 Choose the right application for your industry